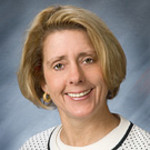 Director & Chairman of the Board

Ms. Sullivan has served as Chairman of the Board since January 2020, and as a director since May 2015. Ms. Sullivan is currently President of Sullivan Capital Partners, LLC, a financial services company providing investment banking and consulting services to closely-held businesses. Prior to founding Sullivan Capital Partners in 2004, Ms. Sullivan worked for The Citigroup Private Bank from 2000 to 2004, providing wealth management and private equity services to high net worth individuals. From 1995 to 1999, Ms. Sullivan was Executive Vice President of Rand Capital Corporation (NASDAQ: RAND), a publicly traded closed-end investment management company providing capital and managerial expertise to small and mid-size businesses. Ms. Sullivan is a member of the Boards of Directors of Evans Bancorp, Inc. (NYSE: EVBN), Independent Health, Robinson Home Products, and Rosina Food Products.  She is Chairman of the Technology Transfer Committee of the Roswell Park Cancer Institute Board.  Ms. Sullivan holds an MBA degree in Finance and International Business from Columbia University Graduate School of Business and a JD degree from the University of Buffalo School of Law. 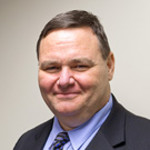 Mr. Cornell has served as a director since March 2011, and he previously served as Chairman of the Board from October 2014 to January 2020.  Mr. Cornell is currently the President and Chief Executive Officer of Praxiis, LLC, an enterprise that provides support for clients in organizational change, leadership development and transactional advisory services.  He has served in this capacity since October 1988.  Mr. Cornell is also the current Manager of Larkin Center Management, LLC, a real estate development company, and has served in this capacity since October 2010.  From September 2006 until September 2010, Mr. Cornell served as Managing Director of New York New Jersey Rail, LLC, which is part of the national transportation rail system and moves rail freight by rail barge across New York City Harbor, and he now continues to serve as principal business advisor to that firm.  From March 2005 until September 2008, Mr. Cornell served as the Chairman of the Board of Directors of New York Regional Rail Corp., which operates as a short-haul regional trucking company.  From April 2006, until February 2007, Mr. Cornell served as Chief Restructuring Officer of Regus Industries, a waste management firm, and from January 2001 until November 2004, he served as Special Advisor to Pinkerton Government Services, Inc. and Securitas Nuclear and Government Services Unit, security services providers to the energy industry and government.  Mr. Cornell holds a BS. degree in Business, Management, and Economics and an MBA degree, both from the State University of New York, Empire College. 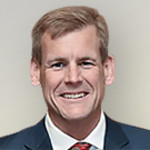 Mr. Fleet was appointed as a member of our Board of Directors in August 2019.  From 2013 to 2017, Mr. Fleet served as the President and Chief Executive Officer of Philip Morris USA (PM USA), an Altria Group, Inc. subsidiary.  Prior to that time, Mr. Fleet held a variety of management and leadership positions across the Altria family of companies including Vice President and General Manager of Marlboro®, Vice President of Strategy and Business Development, Vice President of Investor Relations and other management and leadership positions in Market Research, Sales, and Operations.  A native of Virginia, Mr. Fleet earned four academic degrees from the College of William & Mary, including a BS degree, an MA degree, a JD degree and an MBA degree. 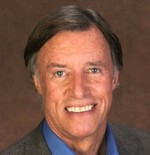 Mr. O’Brien was appointed as a member of our Board of Directors in January 2020.  Mr. O’Brien has served since 2000 as the President of O’Brien Associates, LLC, a general management consulting firm providing advisory and implementation services to companies in a variety of competitive industries, with special focus on general management, technology commercialization, marketing and strategy development. From 1998 to 1999, Mr. O’Brien served as the Chief Operating Officer of Ultralife Batteries, Inc. (Nasdaq: ULBI) and from 1991 to 1996, he was the Chief Executive Officer and a major shareholder of Holotek Ltd., a high-technology company with a proprietary position in the design, development, manufacture and sales of laser imaging systems worldwide. Previously, Mr. O’Brien served as a senior financial manager for Exxon Venture Capital, Tenneco Automotive and as an early officer of Sun Microsystems prior to the company’s acquisition by Oracle Corporation. Mr. O’Brien is currently a member of the Board of Directors of Innovative Technology Solutions and Bristol-ID Technologies, Inc. In addition, Mr. O’Brien is an adjunct professor at the Rochester Institute of Technology, where he is a graduate instructor in Rochester, New York and Croatia. Mr. O’Brien holds a BS  degree in Nuclear Engineering from New York University and an MBA degree from The Wharton School of the University of Pennsylvania. 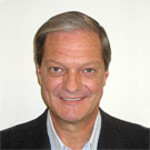 Mr. Sanders has served as a director since December 2013.  Since August 2009, Mr. Sanders has served as a General Partner of Phase One Ventures, LLC, a venture capital firm which focuses on nanotechnology and biotechnology start-up opportunities in New Mexico and surrounding states. From January 2002 until June 2009, Mr. Sanders served as President and CEO of Santa Fe Natural Tobacco Company (SFNTC), a division of Reynolds American, Inc., which manufactures and markets the Natural American Spirit cigarette brand. During his 7-year tenure as head of SFNTC, Mr. Sanders tripled Natural American Spirit’s market share and SFNTC’s operating earnings and directed the successful expansion of Natural American Spirit into international markets in Western Europe and Asia. Prior to directing SFNTC’s spectacular growth, Mr. Sanders worked for R.J. Reynolds Tobacco Company where he began his career as a marketing assistant in 1977. From 1987 to 2002 he served in a wide spectrum of executive positions including, among others, Senior Vice President of Marketing and Vice President of Strategic Development.  A native of Minneapolis, Mr. Sanders earned a BS degree in political science from Hamline University in St. Paul and an MBA from Washington University in St. Louis, Missouri.